The documentary was directed by a Canadian director, Yunxiang Lee. We had a campus screening tour since April, and it was a huge hit. Now we have chosen to hold its premium screening simultaneously at Taipei ambassador’s theater and Kaohsiung MLD cinema to celebrate the anniversary of the amendments to “Human Organ Transplant Act” in Taiwan. 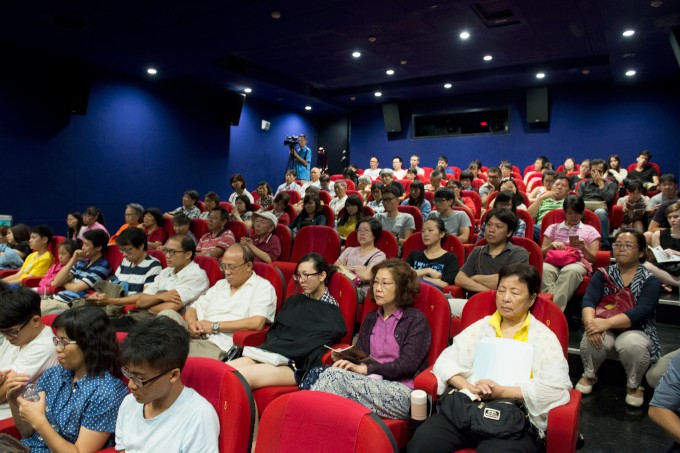 7Director Yunxiang Lee recorded a special video just for this event that we showed at the premium screening to thank the audience. Director Lee cited recent published international reports, showing that the actual number of victims are in the billions, far exceeding the statistics used in the documentary.

Thanks to “Beyond Beauty - TAIWAN FROM ABOVE” and other praise winning documentaries, documentaries has had an important role in helping the Taiwanese public learn about social issues.

Many insiders of the medical society shared their thoughts in combination with their work after viewing the documentary. 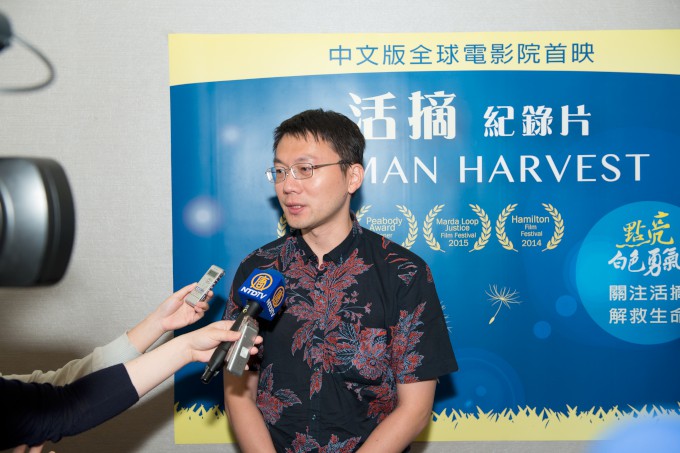 Vice secretary general of the Taiwan Medical Association, Haoyun Hong MD., was immensely shocked after the documentary, he never knew that there was such a filthy act of human harvesting for organs in China. Three Taiwanese patients who went to China for organ transplants self-blamed after discovering the truth, Dr. Hong related to them:” As human, we all have a kind heart deep in our nature instincts, no one would want to kill for their own survival.” 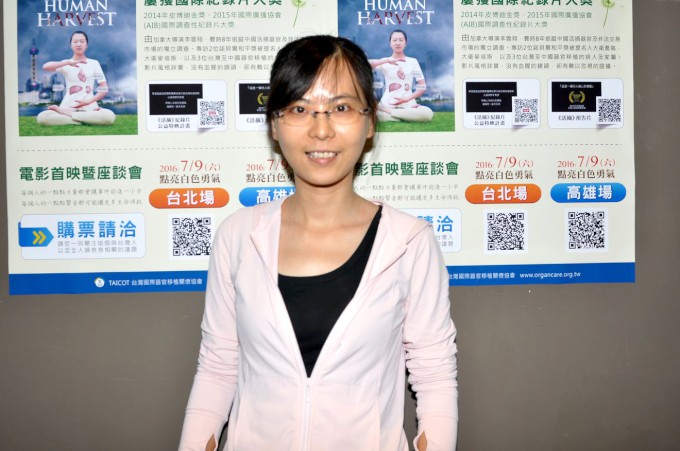 Kaohsiung Medical University Graduate Institute of Gender Studies Assistant professor Shujun Lee MD., who also taught in Guandong China for a year, said that this documentary touches upon humane care, she looks forward to invite “Human harvest” to be screened in Kaohsiung Medical University, to educate more future doctors about the organ harvesting by CCP. She mentioned that in a communist country, everyone is a victim of the system, CCP blocking information in and out of China has created a great environment for dictatorship.

An organ donor shows up 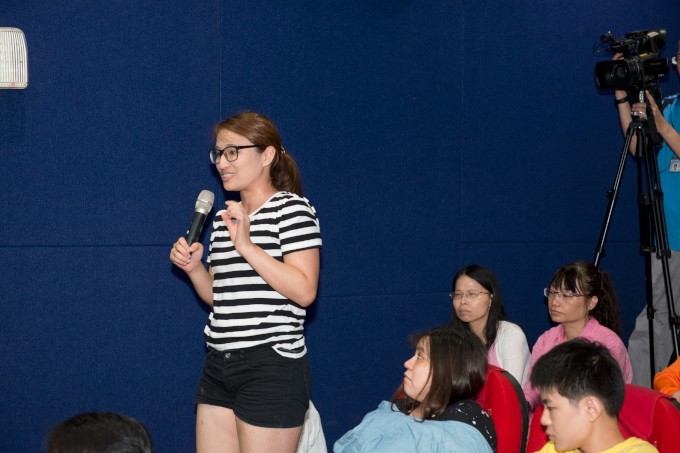 The mother of an audience, miss Gong, was suffering in fulminant hepatic failure last October. As advised by the doctor, miss Gong checked her compatibility with her mother, and it turns out to be compatible, and so they went through LDLT and partially donated her liver to her mother under general anesthesia. With her own experience, learning that those victims in organ harvesting were not given any anesthesia at all was shocking and depressing:” People should keep a close eye on the forced organ harvesting in China against Falun Gong practitioners.” 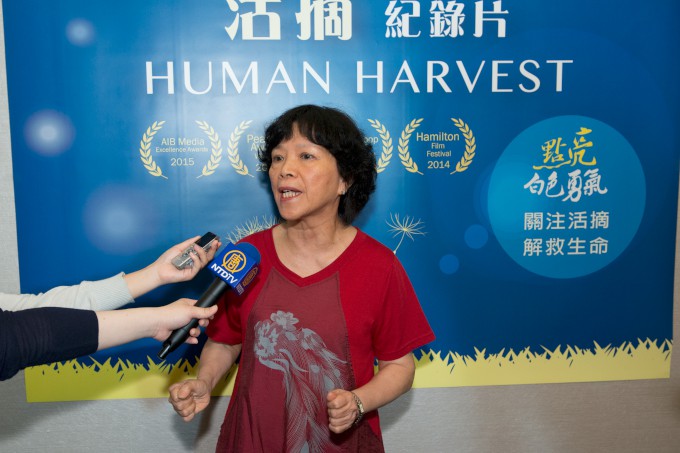 Chairman of the Chinese national association of the deaf, Chanjuan Yen said:” It is hard to accept that there is a country taking their people’s organs.” She hopes that the Taiwanese government can use its power to let the citizens understand how the Chinese government illegally harvest organs. Television and printed media should also reveal the truth. Everyone should be involved to stop this.

Chief of the Golden Insurance Brokers business division Chinchen Yang express:” The Chinese government’s nonconsensual harvest of people’s organs is terrifying, it is inhumane, and more people around the world should know about this issue, it has to be a worldwide boycott to make things better.” 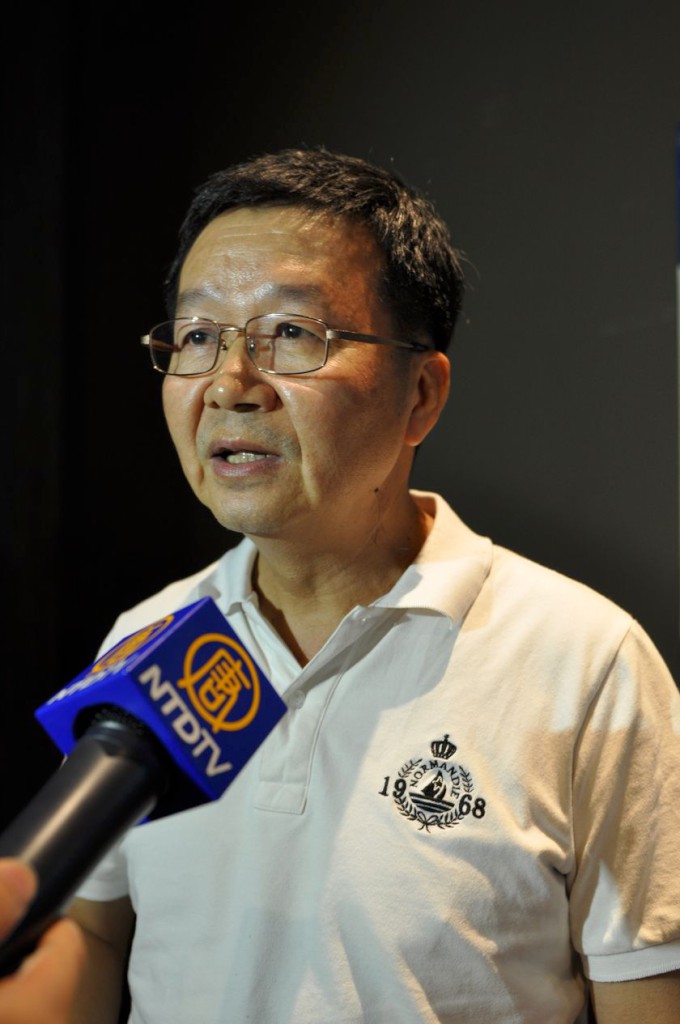 General manager of Taihsiang information technology Jingliang Lin said:” Taiwanese people should think really carefully before heading to China for organ transplantation.” He calls for Taiwanese media to cast off the influence of the Chinese government and stand out to reveal the truth of organ harvesting as well as defend human rights.

Director Yunxiang Lee interviewed many patients that went for transplants in China and their families, but only three people had the courage to stand out and tell the truth in front of the camera. Victims of forced organ harvesting include Uighurs along with other national minorities, house Christians, Falun Gong practitioners and others. It is widely believed that the largest group of victim is Falun Gong practitioners. The issue is related to such a big interest, hence it is hard to stop once and for all.

Fortunately, after years of efforts by many, Israel and Spain has legislated laws against organ tourism. United States House of Representatives and the European parliament has had resolutions to demand the CCP to stop harvesting organs from prisoners of conscious. International groups are doing their best to bring those individuals responsible for organ harvesting to justice. Just as what director Yunxiang Lee said, the truth is exploding.