The Amendment and Implementation of The Human Organ Transplantation Act

In July 2014, the Council of Europe Convention against Trafficking in Human Organs was adopted in Europe. In the following year, Taiwan amended its domestic act on organ transplantation, showing swift accordance with international standards.

At the end of Year 2015, TAICOT held a seminar that gathered together authoritative professionals from various fields to discuss how we may better promote organ donation and prohibit illegal transplant tourism overseas within the framework of the newly amended Act. 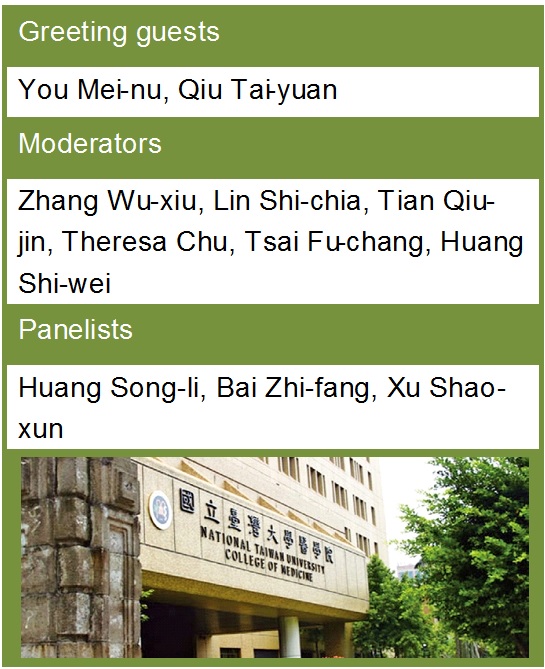 During the seminar, participants agreed that a more efficient organ donation plan should be figured out so that more than 8,000 people waiting for organ transplant in Taiwan can have a better chance of getting donated organs. Hence, less people would opt to risk receiving unethical and illegal organ transplants overseas.

Panelists talked about the issue from different aspects including medical treatment, law, ethics and human rights during the first half of the seminar.

“Taiwan is our country; we should think of a way to meet our domestic organ transplant needs,” said Legislator Tian. After negotiating with the government for some two years, the Amendment to the Human Organ Transplantation Act finally passed in June, 2015. According to Theresa Chu, who contributed to the drafting of the Act, the Amendment is the most advanced legislation in Asia.

According to the new Act, the procurement of organs should be gratuitous. The purpose of this amendment is to encourage patients to get organs in a way that meets the international standards of medical ethics and human rights. Besides, doctors may get their certificates cancelled once they become involved with illegal organ trades; patients doing transplant surgery overseas also have to fill the registration form and take anti-rejection drugs for the rest of their lives. 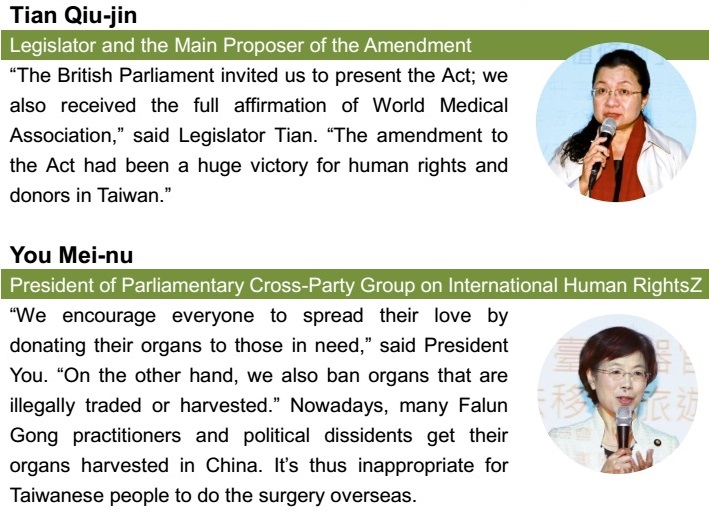 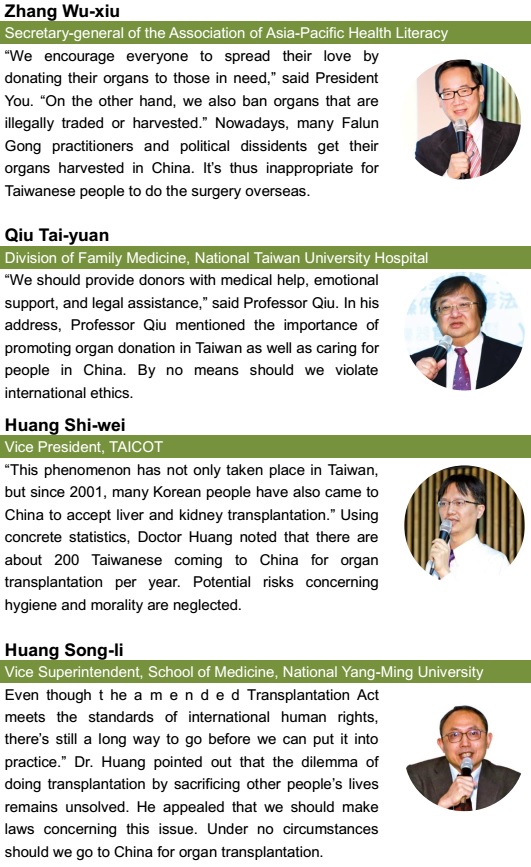