From 2014 to 2015, TAICOT actively pushed for law amendments in Taiwan in order to enhance domestic organ supply. I was honored to be one of the representatives to visit the national medical associations or its equivalents respectively in Switzerland, France, Britain, Belgium, Japan and other countries as well as the WMA and the European Parliament. Through organizing symposiums on related issues, our team demonstrated Taiwan's active participation in international issues, and we would like to share our results as follows. 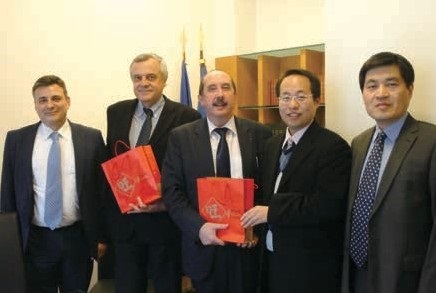 Representatives of both parties posed for a photo at the French National Medical Council (CNOM). Dr. Chian-feng Huang, Director of TAICOT, presented Taiwan’s local specialty (pineapple cakes) to Dr. Patrick Bouet (center), President of the CNOM, and Dr. Xavier Deau, the then President of the World Medical Association (WMA) (the second from the left). 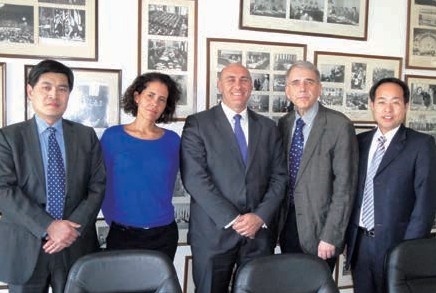 In the WMA office in Geneva, Switzerland, the TAICOT delegation (first on the right, Dr. Chian-feng Huang, Director) met with representatives of the WMA—Secretary General Dr. Otmar Kloiber (second from the right) and Advocacy Advisor Ms. Clarisse Delorme (second from the left).

Taiwan on the spotlight

The World Medical Association (WMA) is the largest international medical association. It issued the 2012 WMA Statement on Organ and Tissue Donation in Bangkok, which publicly condemns organ trafficking and use of organs from executed prisoners for transplantation.To further the goal of this Statement, as Director of TAICOT, I brought 5,000 signatures from Taiwanese medical professionals in support of this cause to Europe in 2014, and exchanged views with Dr. Patrick Bouet, President of the French National Medical Council, and Dr. Xavier Deau, the then WMA President.

Although the conference needed translation of four languages (Chinese, English, French, and Spanish), I clearly felt the sincere admiration and support of Dr. Bouet and Dr. Deau for Taiwan’s efforts. Using the classic French story of a mother elephant and its calf, Dr. Deau expressed his empathy and sadness for the victims of organ harvesting, and condemned the inhumane act of extracting organs from living prisoners of conscience within mainland China.

The conference was very successful and laid the foundation for future medical cooperation between TAICOT and the French medical community. After the official discussion, we didn’t forget to share Taiwan's culture and specialty (our pineapple cakes) with our foreign friends!

Dr. Otmar Kloiber, WMA Secretary-General, who has been quite friendly to Taiwan, has long dealt with issues related to medical ethics in WMA. Hence, our next stop was Geneva. The topic of discussion with Dr. Kloiber was on how to raise awareness in the global medical community on the ethical problems of transplant tourism.

During our two-hour in-depth discussion, we highlighted the statistics showing that more than two hundred Taiwan nationals annually and many more from around the world travel to mainland China for the so-called transplant tourism. It is a monstrous supply chain teeming with exploitation and crime. We discussed how the rest of the world would receive the fact that prisoners of conscience (including a large number of Falun Gong practitioners, house church Christians, Uyghurs and other ethnic minorities) have had their organs forcefully harvested for profit. Finally, both parties reached consensus on how the WMA would further improve the global medical ethics of organ transplantation. 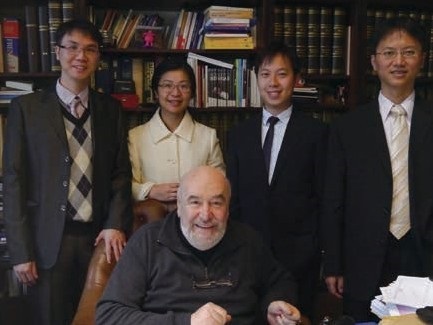 Dr. Vincenzo Costigliola (sitting, front), President of the European Medical Association (EMA), was very supportive of TAICOT in organizing the International Symposium at the European Economic and Social Committee (EESC).

This meeting was both a chance for TAICOT to officially demonstrate our efforts in advocating law amendment in Taiwan and reflect the international support of around 1.5 million people who signed the petition condemning the crimes of organ harvesting led by the Chinese Communist Party (CCP). We felt the deep concerns of leaders and experts in the medical, legal, and political professions, particularly those from the WMA, toward Taiwan’s current situation. It is especially so as Taiwan was previously ambiguous on the issue of using organs from executed prisoners. Furthermore, neighboring China whose sources of organs are under severe doubt, it is critical for Taiwan to make clear its standpoint on this issue and in which direction she chooses to move forward. With Taiwan having successfully passed the law amendment, we now have a fruitful result to present to the world at the 2016 WMA General Assembly.

In 2014, the European Parliament representative of 500 million Europeans passed an emergency resolution and demanded that "the CCP must immediately stop live organ extractions from prisoners of conscience, religious practitioners, and members of minority groups." Under this background, TAICOT co-organized an international symposium with the European Economic and Social Committee (EESC) and achieved fruitful results.

With much effort, we were glad to see 14 European countries officially signed the Council of Europe Convention against Trafficking in Human Organs in Spain in March 2015. Taiwan's amendment to the Human Organ Transplantation Act also marked a milestone to align herself with the global medical ethical standards.