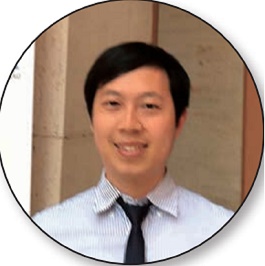 Dr. Alex Chih-Yu Chen, International Liaison Officer of TAICOT, made an oral presentation entitled “Transplant Tourism - Cases Series Studies with Ethical Reflection in Taiwan,” which focused on the patients in Taiwan who received organ transplants in China. It is estimated that in the past decade, approximately 4,000 Taiwanese patients went to Mainland China for organ transplants. Most of transplant tourism patients have been charged a huge amount of money. However, the contexts of the transplant tourism remain blurred. After more than one hundred interviews, Dr. Chen discovered that the transplant tourism can be either through agency channels or self-arrangement. The transplants arranged by the agencies are mostly for kidney transplants. Further investigation discloses that the kidney transplant departments in hospitals are run by the doctors from the military system. According to the agencies, in Mainland China only the military hospitals can have access to organ supplies while non-military hospitals have difficulty obtaining them. After 2007, the situation had some changes but transplant tourism still persisted surreptitiously. In this research, some evidence showed patients still go to China for transplants even after “Declaration of Istanbul.” Based on what is disclosed by the patients and the agencies, there are many agencies in different countries arranging organ tourism. Patients from Middle East, Northeast Asia and Southeast Asia are major buyers. After a series of policy changes occurred internationally or domestically, the price of renal transplantation has been raised from 28,000 USD before 2007 to 100,000 USD in recent years. Same as the liver transplantation, patients have been charged 250,000 USD, four times higher than before. After realizing the issue of organ tourism in China, the Taiwanese government has passed the bill on promoting organ donation and stopping organ commercialism since 2007. Four typical transplant tourism cases from the investigation were presented.

Dr. Shi-Wei Huang, Vice-Chairman of TAICOT, made an oral presentation: “The Outcomes and Controversies of Transplantation Tourism: 11-year Lessons from Taiwan.” Transplant tourism has increased rapidly in the past two decades, accounting for about 10% of world organ transplants. In their research, the National Health Insurance (NHI) Research Database was used to identify 2,381 domestic and 2,518 overseas kidney transplantation (KT) recipients from 1998 to 2009. For liver transplantation (LT), 1,658 domestic and 540 overseas recipients were identified from 1999 to 2009. Domestic recipient was defined as having the KT or LT procedure in the NHI records and overseas recipients were those who were prescribed immunosuppressive medication for KT or LT but without a KT or LT operation. The results of analysis reveal that the numbers of overseas transplantation increased after 2000, reached a peak in 2005 and decreased after 2007. Compared to their domestic counterparts, the overseas KT recipients were older, male predominant, with shorter pre-op hemodialysis period and more comorbidities. Similarly, the overseas LT recipients were older, male predominant and had more hepatoma cases. The 1-, 5-, and 10-year patient survival rates were 96.9%, 91.7% and 83.0% respectively for domestic KT and 95.8%, 82.2% and 73.1% for overseas KT (p < 0.001). The 1-, 5-, and 10-year patient survival rates were 89.2%, 79.5%, 75.2% for domestic LT and 79.8%, 54.7%, 49.9% for overseas LT (p < 0.001). The better outcomes of domestic transplantation were probably due to superior patient characteristics. Some LT cases might not be medically indicated and some KT cases were clinically suboptimal for transplantation in the overseas group. Dr. Huang suggested that compulsory registration policies for overseas transplantation together with international conventions to sanction organ trafficking and transplant tourism should be established to stop these controversial practices.

Prof. Tsai made an oral presentation: “Battling Transplantation Tourism through Policy and Legal Reform in Taiwan.” Although “The Declaration of Istanbul” and “The World Health Organization (WHO) Guiding Principles on Human Cell, Tissue and Organ Transplantation” both prohibit commercial trafficking of human organs, transplantation tourism still happens in certain countries. In this presentation, Prof. Tsai analyzed the progress of organ tourism between Taiwan and China based on the 11-year database and explored the national and international trend and regulations on organ tourism. The policy and legal reforms to battle against transplant tourism were introduced, which include: the government announced a guideline on prohibiting doctors’ participation in any form of organ brokering in 2006 and requested physician’s voluntary reporting of overseas transplant patient information to Taiwan Organ Registry and Sharing Center (TORSC) in 2007. And in June 2015, Taiwan passed the amendments to The Human Organ Transplantation Act (The Act), which makes patients receiving illegal organ transplants overseas face a maximum of five years in prison and an up to USD 50,000 fine. Compulsory registration for overseas transplantation and prohibiting using executed prisoners as organ donors were also included in the amended Act.

David Matas, Canadian human rights lawyer, Legal Advisor of TAICOT, and winner of 2009 Human Rights Award from the Germany-based International Society for Human Rights, made an oral presentation: “Avoiding Complicity in Foreign Transplant Abuse.” He expounded the ethical obligations of local transplant professionals in relation to patients going to a country and professionals in a country in which these principles are not respected. Matas presented the ethical issue in China as a case study. The Government of China acknowledges it has been sourcing organs from prisoners for transplants and claims that they are all prisoners sentenced to death. There is compelling evidence that many of these prisoners are prisoners of conscience, primarily practitioners of the spiritually based set of exercises Falun Gong, sentenced to nothing and just arbitrarily detained. The Government of China denies sourcing organs from prisoners of conscience and claims that sourcing of organs from criminal prisoners has ceased. But there is neither transparency, nor openness to scrutiny nor traceability in the Chinese transplant system.

Prof. Huige Li, Johannes Gutenberg University Medical Center, Department of Pharmacology, Germany, presented a poster presentation: “Current Status of Organ Procurement from Prisoners in China.” On December 3, 2014, Jiefu Huang, Director of the China Organ Donation and Transplantation Committee and former Vice Minister of Health, announced China would completely cease using prisoner organs for transplants after January 1, 2015. However, the announcement is not binding. By re-defining prisoners as regular citizens for “voluntary” organ donation, China’s national organ donation system later whitewashes the use of organs from both death-row prisoners and prisoners of conscience. Prof. Li also pointed out that since 2006, mounting evidence suggests that prisoners of conscience are killed for their organs in China with the brutally persecuted Buddhist practice, Falun Gong, among others, being the primary target (see European Parliament resolution 2013/2981(RSP)). Prof. Li suggested that use of organs from any kind of prisoners in China must be prohibited by law. China must make its organ donation system transparent and verifiable to independent professional organizations and open to international inspections to gain credibility.

In the session, lack of transparency in China’s transplant system and source of organs were concerns of many European medical professionals. The Chair of this session claimed that physicians in every country should give real information to patients who would opt for transplant tourism, and inform them that innocent people may be killed as a result.